Making up for lost joy 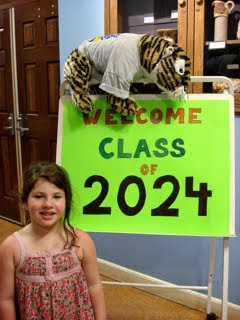 It started a couple of Fridays ago, when Sabrina went to kindergarten orientation. Sabrina? Graduating preschool? Already?! CLASS OF 2024? When and exactly how did this happen? This shock despite the fact that sometimes, she sounds far older than her years. Tonight she was play-wrestling with Max on a blowup mattress and when I warned her that he could fall off she said, "But Mommy, it's not steep." That word I used in the car this weekend when I was describing going up a hill. Wow. 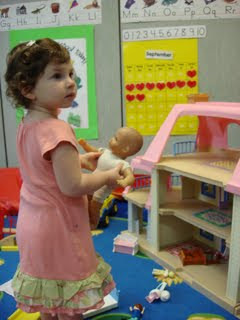 This is Sabrina on her first day of preschool. Back then, she hardly ever spoke up in class (although she was plenty loud at home). When I'd ask, "Sabrina, why are you so quiet at school?" she'd answer, ever so reasonably, "Because I don't talk."

Friday's preschool "moving on ceremony" kicked off with a little concert by the kids; they sang classics like "This Land Is Your Land" and a few adorable songs I'd never heard of. I thought I was going to sob nonstop, but I only choked up a few times. Then the teachers handed out certificates, the kids hit the playground for one last time, and there was a big indoor picnic. 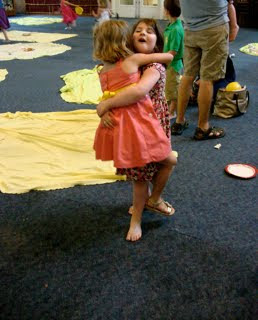 The kids were really into picking each other up as if to prove that, yes, they're really growing up.

There weren't many dry eyes during that ceremony, and I'm talking both moms and dads. It's hard to see your kids getting older, because they are so delicious when they're little-little, because they'll never be delicious in quite the same way again and because it's a reminder that you're getting older, too. Me, I had a whole bunch of other emotions mixed in there. Unless we have a third kid, and who knows if we can make that happen, this is my only experience of doing preschool with a typical child. No IEPs, no therapies, no calls about potential seizure activity, no battles to get services, just pure preschool. And I treasure that.

Occasions like this make me realize I've felt gypped of that whole typical-school thing with Max. To be sure, there are plenty of joys I experienced with him during his preschool days. His school firsts—first time he tried to sing a song, first drawing he did on his own, first time he used a speech device—seemed like small miracles. His ability to learn and his focus made me proud. His interactions with other kids gave me new hope. 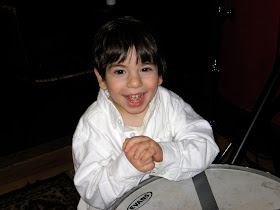 And, wow, was he cute. But there were joys I'd been expecting with his early childhood, preconceived expectations I'd had, that my head and heart never adjusted to not getting. These are joys that I experienced with Sabrina. Like the joy of hearing your child's voice raised in chorus with a dozen other tiny voices singing the simple, sweet, innocent songs kids sing, some of which you fondly recall from your own childhood. Like the joy of opening your child's knapsack to find pictures she'd colored of Mommy and Daddy, with the words written in squiggly handwriting with backwards letters. Like the joy of overhearing your child chat with another kid in her class about, oh, her visit to grandma's house or her new doll or any of the other things that get kids so excited.

I didn't just savor these joys; I devoured them. And so I am reluctant to let go of this time in Sabrina's life. I want to milk it even more, get out every last bit of pleasure I can to make up for what was lost.

This is the song I can't get out of my head that Sabrina sang on Friday at school. Tonight, I asked her to sing it to me, again.