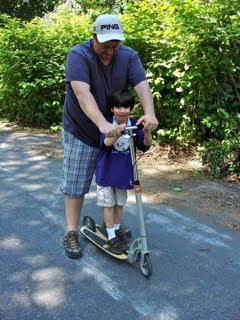 I'm so looking forward to enjoying family time today, the first holiday in what feels like forever. I've been reading up on Memorial Day because I want to talk to the kids about what it means. It was started to honor Union soldiers of the Civil War, and expanded to include others after WWI. It became a three-day-weekend holiday in 1971, which some people felt undermined the meaning of the day. That's easy to see; the commemorative aspect gets totally lost amidst all the beach jaunts and barbecues, doesn't it?

I'll bet if Jay Leno did one of his Jaywalking skits and asked people on the street what the holiday memorializes, a bunch of them would have no clue. (For the record, I am a Dave Letterman devotee; Jaywalking is pretty much the only Jay Leno thing I can tolerate.)

The kids may be a little young to understand the significance of this day, but in between scooter rides, hot dogs and dips in the ocean, I'm going to give it a shot. 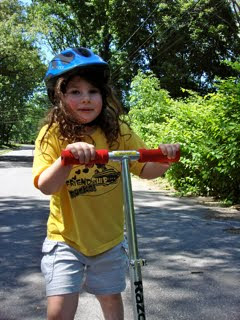