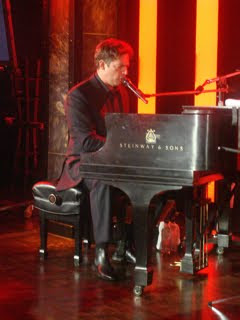 If there was one thing I was psyched about for Blissdom, it was this: Not having to pick up towels off the bathroom floor. The conference totally lived up to my expectations as I did not pick up one towel off the floor, and Katy from Bird On The Street was cool enough to not say a peep about that. Katy's fun, smart, nice. I told her I liked her enough to share a bar of shower soap with her, but I am not sure how she took that. 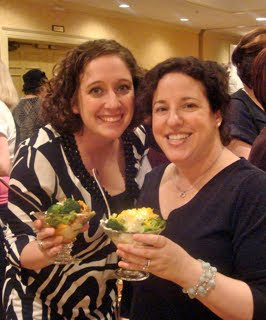 Here we are at The Potato Tastemaker party on Friday night. A party centered around mashed potatoes is a good thing to attend after you have had several cocktails, although it is a good thing to attend anytime. I accidentally double-dipped my spoon in the sour cream, which is all the fault of the cocktails, but did not get thrown out of the conference. NOTE: I do not have cooties, I got my H1N1 shot, and I'm pretty sure that covers cooties.

In general, Blissdom rocked. I learned lots, met people in person I've only known online, met new peeps, got incredibly inspired, left more towels on the bathroom floor. Also, three words: Harry Connick Jr. The conference, organized by web goddesses Alli Worthington and Barbara Jones, had 500 attendees but still felt intimate and friendly, even though it was at the Gaylord Opryland Resort, which should maybe be called Opry Universe as it is humongous, I think it was 6 acres or 16 acres or approximately the size of Australia. 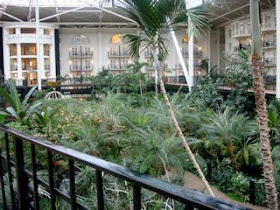 Here's the area where they have kangaroos hopping around. OK, not really, but isn't it so pretty? I was tempted to sleep there, but I hadn't packed a tent and really, it would have been rude to leave towels smack in the middle of the Garden Conservatory.

I have actual good info to share with you, but I have to leave you now as those cocktails are still working their way through my system (man, they make some potent drinks in Nashville) and when I came home I had to pick up lots of towels off the floor. Meanwhile, here's Angela England's recap of an excellent session, Content is Queen.

Tomorrow: More about Blissdom and Valentines giveaways (none of which involve towels).
Ellen Seidman at 11:05 PM