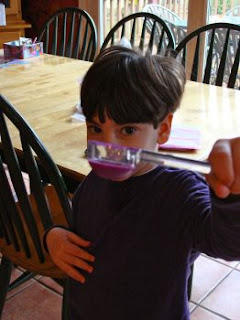 Congrats to the winner of the Pottery Barn Kids gift card: Kimberly, from Driving With No Hands. I hope you get your cute kids lots of cute stuff! I'm going to do a bunch of giveaways throughout December—treats for the kids and for you—so stay tuned.

This weekend was especially fun because Dave and I had a playdate. We snagged tickets to see a dress rehearsal of Saturday Night Live which takes place from 8 to 10 and is even better than seeing the live show (IMO). January Jones hosted; I don't watch Mad Men, so that wasn't a thrill. But Fergie and The Black Eyed Peas were the musical guests, and they rocked the house. Seth Meyers is very cute in person, I have to say. I think Dave has a crush on Kristen Wiig.

The kids had a good time, too, this weekend. Dave promised Sabrina a rip-off cupcake maker called Girl Gourmet—how annoying is that name?! What about Guy Gourmet? Let's teach men to cook from a young age! Yeah! Anyway, Dave got it for Sabrina last week, and the kids have been making cupcakes up the wazoo ever since. They'd make them in the bath, if I let them. 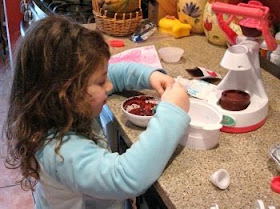 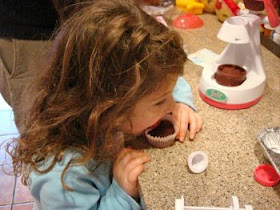 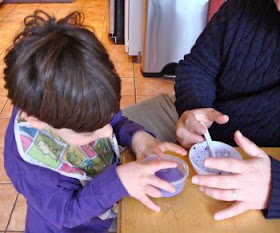 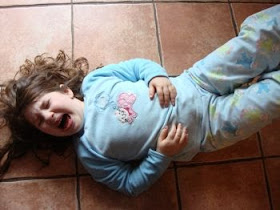 I secretly like it when Max teases Sabrina. She does it to him plenty, and it's heartening to me that he's got the smarts to torture her right back and show her that she can't push him around. Is that wrong of me? I don't care. Max may have special needs but he's made of strong stuff. Some of which is probably purple.

Dave even put some purple sugar in water, and Max had purple water.

It was a very good weekend. 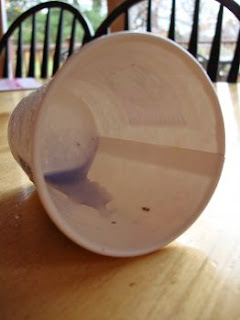