Can The Tooth Fairy collect unemployment? 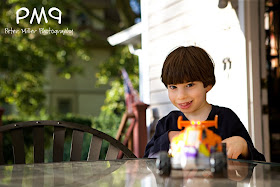 Max is losing his teeth. Five, so far. He looks even cuter than usual. Our babysitter, Linnette, has been joking about getting him dentures. Only I don't have a single one of those teeth. Max has been swallowing them.

It happened last night before my eyes. I was helping Max brush his teeth, and all of a sudden there was blood on the toothbrush; I looked in his mouth and saw a gap in his lower jaw where a little tooth used to be. Only it was nowhere to be found. Max has oral-motor issues, and isn't able to spit out a tooth or notice there's one floating around in his mouth.

I can vividly recall the thrill of a loose tooth when I was Max's age; I wiggled out a few in my day. And I remember the exciting anticipation of a visit from The Tooth Fairy, who'd leave me a whole dollar in exchange for my paper-towel wrapped tooth. Last night, I got a little bummed out. Bummed that I didn't have one of Max's teeth to preserve as a memory of his childhood. Bummed that Max wasn't going to experience The Tooth Fairy—not just because he didn't have a tooth to leave under his pillow, but also because he doesn't get the concept of a Tooth Fairy. Not yet, anyway.

Then I got a grip. I was doing it again, projecting visions of my own childhood onto Max. I've written before about wishing Max could lick lollipops and jump on a pogo stick, the joys I experienced. Thing is, he's having a different kind of childhood—one that's just as happy as mine was, if not more. He doesn't need a visit from The Tooth Fairy because he is perfectly content without her. (Is it un-p.c. to assume it's a her?)

He giggled and said "Aaaahhhhh." I got inside his mouth with a tissue and stopped the bleeding.

Then I grabbed a few of his stuffed animals and made them kiss his jaw. I kept saying "Buh-bye, tooth!" He thought that was funny, too.

Guess The Tooth Fairy is out of a job at our house.

Photo by Peter Miller
Ellen Seidman at 6:30 AM