Update on the swine flu vaccine 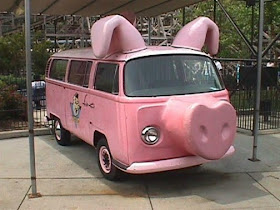 I think this van needs the vaccine

Andy from Therapies for Cerebral Palsy e-mailed me last night (I thought I was the only one online at 1 a.m.!) to say he'd done a post on swine flu and kids with cp. Dave had mentioned he heard the vaccine would be out the first week of October. I love him, but he's not a reliable medical source so I Googled.

By all reports, the vaccine is going to start trickling out the first week in October, and the people at the front of the line are anyone age six months to 24, pregnant women, and younger adults with risky healthy conditions. Here's a good article on the topic published today.


Photo from Jalopnik
Ellen Seidman at 10:15 AM