Things only a parent of a kid with special needs appreciates 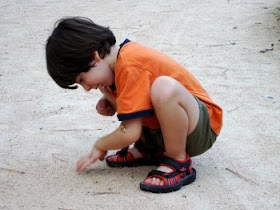 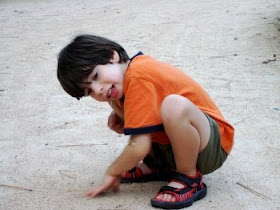 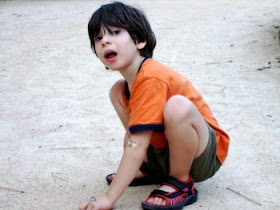 Here's Max, exploring some sand at the park.

I felt blissfully happy watching him. To see him using his hands, often tight from the cerebral palsy, spread out and feeling the sand. To see him focusing, not always easy for him, so intensely. To see that balance. What balance! I had no idea he could stoop.

Every week, there are dozens of moments when Max does something that amazes me. Like when he says a new word. Or when he holds a cup with both hands, not just his left one (the "good" hand). Or when he attempts to put on his shoes by himself or brush his own hair. Or when he climbs up the stairs upright, instead of clambering up on his hands and knees.

For many other moms, a kid doing any of this stuff is no big deal. To me, it's as endlessly thrilling as there are grains of sand. 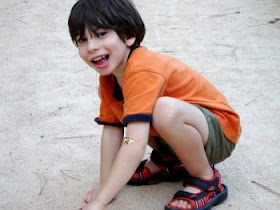