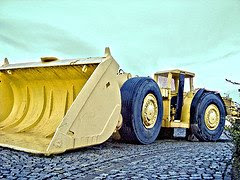 Welcome back to our week of medical hell. On Monday, Max had a seizure. Yesterday, he got an ear infection. Sabrina has strep throat. Dave has bronchitis. Three out of four of us are on antibiotics. Surely I will come down with leprosy or something before we leave for the Disney cruise on Friday.

Dave took Max to the doctor last night at 6:45, when I wasn't yet home from work. I called him at 7:30, and they were still sitting there, waiting for the doctor to see them. Max was practically falling asleep because of the increased dosage of anti-seizure medication. It's going to take a few days for his body to adjust.

"You should tell the nurse what's going on—Max has to get home and get to bed," I told Dave.

I knew he wasn't going to say anything. So I hung up, then called the reception desk. I explained the situation to the nurse—that Max had a seizure the other night triggered partly by sleep deprivation and that this was a child who really, really needed his sleep. She got him in to see the doctor immediately.

When it comes to Max, I don't just have balls; I have balls of steel. Balls of kryptonite. Balls of, well, you name it. I will do anything humanly possible to make life better/easier/happier/more comfortable for him. I've never been much of a wimp, but with Max, I am unstoppable.

Sometimes, as was the case last night, I am calm and reasonable.

Sometimes, I plead and beg and won't shut up, as I once did when I wanted to get Max in to see an overbooked developmental pediatrician. It worked.

Sometimes, I am a total hard-ass, as was the case a couple of years ago when the top speech therapist at Max's old school said he "wasn't ready" for a communication device. I'd been feeling all along that the school wasn't as proactive or as progressive as I wanted; this was the last straw. "Well," I told her, "have you even tried one on him?" No, she said. The school did not have any. "Then how could you possibly know he is not ready for one? Don't you think, since he loves computers, he'd be so into using one? Don't you think he's bright enough to try one? Do you realize that the Cerebral Palsy association has a lending library of communication devices? Don't you think Max deserves to at least try one?" And on and on I went. Finally, she agreed he should be assessed for one. Guess what? He was ready.

Back when Max was in the NICU after he was born, and I demanded that the occupational and physical therapists stop by to check him out, the social worker there looked at me and said, "I can tell, you are going to be a really good cheerleader for your son."

How could I not be? Max needs every bit of help he can get. And so...

I am his cheerleader.

I am his coach.

I am his supporter.

I am his helper.

I am his defender.

I am his bulldozer, paving the way for his future.