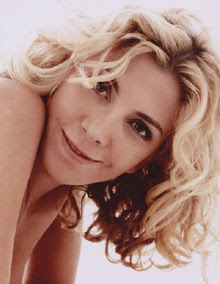 I don't know much about Natasha Richardson; I've never seen any of the movies she's been in. But when I first heard that she'd gotten hurt during a ski accident on Monday, I was consumed by the story. What had she hit her head on? What were her symptoms? What type of injury was it? What part of her brain was hurt? Anytime I hear about someone sustaining a brain injury, I want to know more. I relate. Max had serious brain damage at birth from a stroke, a bilateral one that affected both sides of his brain.

It seems that after the actress's accident, according to a statement released by the Canadian resort where she'd been skiing, she did not show any visible sign of injury. An hour later, she wasn't feeling well. A day later, she was pronounced brain dead. Two days later, she was dead.

This is tragic. It's also a serious reminder to me of how unpredictable brain injuries are. Doctors know a lot about the brain, but they don't know much, much more. The brain largely remains a mystery, especially when it comes to treating trauma. That was particularly hard for me to accept during the first couple of weeks after Max was born. I wanted the doctors in the NICU to help heal my baby's brain. Out of my head with grief, I screamed things like, "WHY CAN'T YOU DO SOMETHING FOR HIM?" Not possible.

This is just one reason why stem-cell research is so important, and why it's an amazing thing that Obama has lifted the ban on federal funding for it.

Guess what Dave is doing this weekend? Uh-huh: He's going skiing. He'll be on a business trip in Canada and plans to hit Whistler (not where Richardson was). I'm not going to stop him, but I am making him buy a helmet. You hardly ever see any adult skiers wearing them; maybe now that will change.

Tonight, my heart goes out to Natasha Richardson's family.
Ellen Seidman at 9:01 PM