Monday Morning Confessional: So, this woman walks into her boss's office with spaghetti on her shirt... 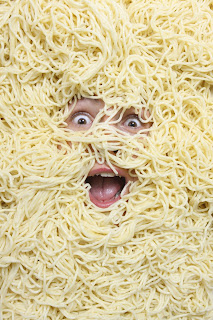 I really need to wake up a little earlier.

Photo from istock/Kuricheva Ekaterina (surprise, that's actually not me)
Ellen Seidman at 12:06 AM