The photos that could help change perceptions of kids with disabilities 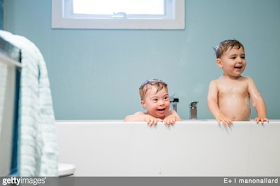 Over the years, when I've searched for stock photos of children with disabilities to use on the blog to depict ideas (I mean, it can't be all Max, all the time),  there haven't been many to choose from. There are a number of web companies that offer stock images—photos typically taken by pros that anyone can purchase for a fee—but the ones of children with disabilities are often stereotypical or outdated. I've seen children in clunky old wheelchairs, children sitting in wheelchairs looking alone and helpless and those ubiquitous autism puzzle pieces. There have not been enough photos of children or adults with disabilities living their lives—in school, at work, at home with friends or out and about and enjoying themselves.

This deficit of photos means that websites, newspapers and magazines lack options; it's one reason why people with disabilities are featured in less than 2 percent of the images we see in media. Yet that may be changing thanks to The Disability Collection, a joint venture created by Getty Images, Verizon Media and the National Disability Leadership Alliance I recently found out about. It's a collection of stock images that aims to, as Verizon puts it, "break stereotypes and authentically portray people with disabilities in everyday life." They hope to encourage the media industry to get "real" about disability representation.

There's a pretty good mix of photos in the collection. I'd like to see pics of children or teens with orthotics, as Max has, and children with autism doing their thing. While this does raise the question of exploitation and the images of children with disabilities being used for financial gain, the truth is parents of kids of all kinds do this. That's not an excuse, but it could be argued that they are doing good in this world by raising awareness. I'd hope that they are asking their children's permission, age appropriately.

I also hope that the day will soon come when a dedicated collection of images of children and adults with disabilities will no longer be necessary—they'll be integrated with the usual mix of stock photos. So that when a photo editor goes to search for, say, "cute child riding bicycle," a girl with Down syndrome or one with limb differences will crop up and they'll choose one of them. Organic inclusion: It's what we want in every part of life.