The friend I never had who died on 9/11, remembered 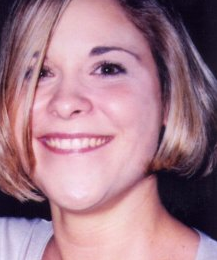 The other night, I lay in bed and relived September 11 in my mind: The sight of the burning Twin Towers from the ferry deck on my commute from Hoboken, New Jersey to New York. The unspeakable images I saw on TV in the office conference room. The added terror of military planes flying overhead—were we at war? The horror of the unimaginable number of innocent people killed. Hoboken had the largest death toll of any city, 57 people.


I tried to picture the girl. I no longer could. I'd long ago forgotten her name.

This is the girl whose face I'd seen everywhere on "MISSING" flyers around Hoboken after 9/11—on telephone poles, store windows, mailboxes. "Have you seen our daughter?" they read.

There were so many of those "MISSING" posters, each sadder than the next, but the sheer volume of flyers with her face made her stand out. She had such a nice smile. She looked like a girl I would have liked to hang out with. Her face haunted me.

Long after it was clear there were no more survivors from the towers, I kept hoping that somehow, she'd be found.

The flyers of her stayed up until they were in tatters and then, they were gone.

I was distressed that I could no longer envision that girl. I owed that to her, at the very least.

My morning ritual on 9/11 is to go to a local park at the time the first plane hit, 8:46 a.m., for a private moment of silence. Last year, the kids and I baked cookies and brought them to the neighborhood fire department.

I got out of bed, logged onto my computer and started scanning a list of New Jersey residents who'd died on 9/11, 674 names in all. I read down and down, my chest tightening. And then, near the bottom:

I was pretty sure it was her. I Googled.

Yes. The girl. That face. That smile. 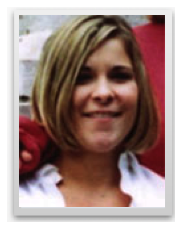 I searched and found a tribute to Melissa in the series of write-ups by The New York Times. I wondered why it had taken me this long to look her up. The business of work, parenthood, life seemed like a pathetic excuse. I owed it to her.

Melissa had moved to New York City from a town near Rochester. She worked as a resources manager for Alliance Consulting Group on the 102nd floor of 1 World Trade Center. She loved opera, movies, Broadway shows and Yankees games.

I Googled some more. Her obituary mentioned a brother and a sister. Elsewhere I read that her father, David, had frequently appeared on CNN in the days following 9/11, begging people to help find his daughter. I learned about the memorial stone in front of the building she'd lived in, and that her alma mater, SUNY Oswego, had created a memorial garden to honor her (class of '94) and the 11 other alumni who'd died on 9/11.

I found a Pinterest post for Melissa on a 9/11 In Memorium board. It featured an article that quoted her mom, Lucille. She spoke of her daughter's generosity and kind spirit. "People really gravitated toward her," she said. "People liked to be around her."


I wasn't sure what I could do to honor Melissa's memory. I ended up at DonorsChoose, where teachers post requests that people can help fulfill. I found a project called "I Create with iPads" started by a teacher at the Northwoods Fine Arts Academy in Sand Springs, OK, described as a high-poverty area. "My students come from a small town environment. Many are underprivileged. Our school strives to infuse the arts into their core learning at every level," read the writeup. Students visited art museums, operas and dance performances. The teacher is hoping to get two iPad Minis so the kids could further explore artists and art methods.

I made a donation in honor of Melissa Renee Vincent. This would have been her 40th year. Perhaps, like me, she would have been married, with kids. Maybe living in New York—an article said she'd wanted to move there—and still loving Broadway shows and the opera.

I fell asleep, picturing her face once again.

RIP, Melissa Renee Vincent. I will not forget.