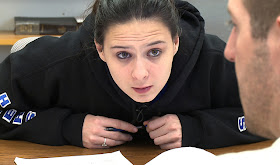 This guest post is from filmmaker Dan Habib, creator of the acclaimed film Including Samuel (if you haven't seen it yet, you should). His latest work: Who Cares About Kelsey? The film follows Kelsey Carroll through her senior year of high school in New Hampshire as she tries to succeed in her goal of graduating while managing emotional and behavioral challenges, among them ADHD and the emotional scars of a traumatic childhood. It's airing on public TV stations beginning September 28, 2013 (for a list of times, check here).

My son Samuel is a Red Sox and NASCAR fan, an avid bird watcher, an honor roll student and a gregarious 13-year-old who also has cerebral palsy. I began making my first film, Including Samuel, for selfish reasons. I wanted to try and make the world a more welcoming place for kids with disabilities like Samuel.

As I took the Including Samuel documentary nationwide I noticed a trend. At almost every screening, someone would pose this question in some form: “What about kids with ‘hidden’ disabilities? Can they be fully included like Samuel?”

Hidden disabilities can include depression, anxiety, ADHD, bipolar disorder, eating disorders and a host of other mental health diagnoses. These disabilities are often lumped under the label of Emotional and Behavioral Disorders (although I’m not a fan of acronyms, I’m going to use EBD here for the sake of brevity). The term “EBD” covers a range of behaviors from depression and anxiety to aggression and impulsivity. There are about two million kids in the U.S. with these emotional and behavioral disabilities.

An Including Samuel event in Buffalo, New York, particularly hit home with me, and led me to take on this new film project. I sat next to a mom on a panel who described her precarious morning routine.  Her son had an EBD, and he needed to have just the right food, wear just the right pants and follow the same precise routine or he would have a complete meltdown. When out in public with her son, she would be quickly judged as a "bad mom" because of his challenging behavior.

“They have no idea what it takes just to get my son out the door every day,” she said through tears.

As I learned more about EBDs, I was inspired to make a documentary about this little-known and often misunderstood group of behaviors. The subject of my documentary, Kelsey Carroll, agreed to take center stage so that people could better understand the challenges faced by students like her.

Through the process of making Who Cares About Kelsey? and speaking with students, families, educators and experts around the country, I picked up some critical facts about this topic. Here, ten things everyone should know about hidden disabilities.
1.  Hidden disabilities are more common than you think.
Over two million young people in the United States have a diagnosed Emotional or Behavioral Disability (EBD). Basically, one in every 10 youths in the United States experiences a mental health disorder severe enough to limit daily functioning in their families, schools and communities.

2.  Behavior is a form of communication.
When a child is "acting out" it is generally NOT because they just want to be "bad" but because they are trying to say something and don’t have the language or communication skills to express themselves in a more effective way. Some students may need a patient, caring adult mentor at school that they can check in with each day. For students with communication disorders, however, access to Augmentative and Alternative Communication tools will be extremely helpful.

3.  Punitive approaches are disastrous.
Many schools are still focused primarily on punitive discipline policies, like “zero-tolerance,” which rely on suspending and expelling students for disruptive behavior. These punitive approaches don’t get at the root causes of the students’ behavior and actually reinforce the characteristics of EBD (anxiety, depression, low self-worth, aggression), which leads to cycles of discipline referrals. Studies also show that these policies do little to improve school safety and disproportionately impact students with EBD (as well as students of color).

4.  About half of the students with hidden disabilities are slipping through the cracks.
Students diagnosed with an EBD have extremely low graduation rates. Nationally, fewer than 50 percent of students with an EBD graduate from high school, compared to the national average of 76 percent.

5.  Students with hidden disabilities are among the most segregated of all students.
An estimated   65% of students with EBD are not included in general education. The federal definition of inclusion means that a student spends at least 80% of their day in regular general education classes.

6. Post-school outcomes for students with EBD are dismal.
National studies show that students who are suspended or expelled often drop out of school, which frequently leads to juvenile delinquency, arrests, and prison. Students with EBD are twice as likely as other students with disabilities to live in a correctional facility, halfway house, drug treatment center or on the street after leaving school.


7. Something good: 15% of schools have undergone an education revolution.
The Kelseys of the world can’t thrive in a toxic school culture. That’s just one reason that a systemic approach to creating a positive school-wide culture and climate is critical to the success of all students. All parents and educators should be aware of Positive Behavioral Interventions Supports (PBIS), a federally developed approach to improving school culture, supporting students with the most intensive needs and reducing the dropout rate. PBIS is a decision-making framework that guides selection and implementation of the best evidence-based academic and behavioral practices. PBIS has been implemented in 15% of schools nationwide (about 16,000 schools and counting). Watch Education Revolution at Somersworth High School and visit the National Technical Assistance Center on PBIS to learn more.

8. A 504 is not a tax form, and it may help a child.
Many parents are familiar with the term IEP (Individualized Education Plan). But not every student with a disability qualifies for—or needs—an IEP. For parents of a student with an EBD, a 504 Plan may be more appropriate. These plans are developed by school teams and parents to support the educational needs of a K–12 student with a disability that “substantially limits one or more major life activity” such as learning, speaking, listening, reading, writing, concentrating, caring for oneself, etc. A 504 plan spells out the modifications and accommodations that will be needed for a student to have equal access to all academic and nonacademic activities and programs, including afterschool programs.

9. There’s no need to reinvent the wheel.
There are many longstanding, evidence-based educational approaches that a school can implement to dramatically improve the outcomes for students with EBD. Parents should ask their schools about approaches like differentiated instruction, universal design for learning and transition planning. As with most successful educational practices, these approaches were incubated in the field of special education, but can be crucial for the success of every child—with or without an EBD.

A word to parents who have kids with EBD:
• Spend 15 minute a day listening unconditionally to your child .
• Do person-centered planning with your child .
• Have a discussion with your child about their strengths and accomplishments .
• Each week, tell your child’s teacher something that s/he did to help your child be successful.

A word to educators who teach kids with EBD:
• Each day, acknowledge a student with EBD for something specific s/he accomplished .
• Meet one-on-one with students to brainstorm positive solutions to behavior challenges .
• Call a family member at home to tell them when things are going well .
• Share one new resource related to mental health each month with colleagues to promote a culture of constant growth and improvement

To apply for a free Who Cares About Kelsey? Education DVD Kit to host a screening and discussion in your community, click here.

For more information about these issues, go here; to watch any of 10 mini-films on the topic, go here.  Habib has partnered with a long list of national organizations that provide free, online information and resources on this topic. 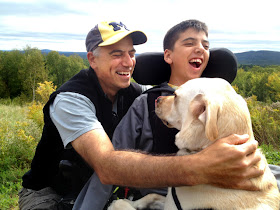