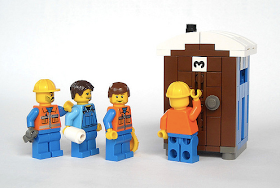 We've spent the better part of the past two days glued to two objects: the TV and the potty. The former because of the devastation that is Hurricane Sandy, the latter because we're in the midst of kamikaze potty training.

The aftermath of Sandy is grim: at least 17 dead as I write this, entire towns totally flooded, people stranded on the rooftops of their homes awaiting rescue, cars ruined, roads washed out, a major fire in Queens that destroyed 15 homes, a hospital in New York City evacuated, millions without power. I grew up in New York and I've never seen the city or trains flooded like they have been, let alone shut down. Storm damage is conservatively projected at $10 billion and up. 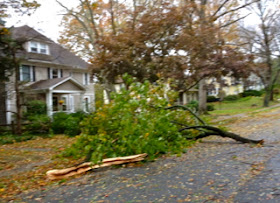 Our house is in an official disaster area, with power out and trees down everywhere, but we are safe and snug in a hotel and very lucky. I've felt helpless watching the news on TV, wishing I could do something. Right now a camera's following a 90-year-old who's been evacuated from her home waiting to get onto a rescue vehicle, her walker steeped in water.

The kids haven't been scared. Mostly, they were psyched not to have school, and fascinated by the whirls of wind that made the trees look like they were made of rubber. Max looked out the window this morning and reported "It stopped." He's had no issues with being cooped up inside, other than the fact that we're in the throes of potty training (again).

I had a long talk with Max's wonderful teacher last week about it. Max is totally potty-trained at school, not so at home. "Max, don't you want to be potty trained at home, like at school?" I've asked him. "Noooooooooooo!" he'd say. Something had to change, and that something was me and Dave. His teacher basically told us to go commando (well, not in those exact words but that was the gist). Just put him in underwear and deal.

She was totally right, of course. He's been dry at school since last spring, when we attempted Potty Training Boot Camp, and has made some progress at home. It's clear that he is able to feel the urge to go (take that, cerebral palsy). The main issue is that he's not adverse to wearing a Pull-up and he's codependent on us—and we've been mushy. And so, as of last Thursday, Max has been wearing only underwear, except at night. We hid the Pull-ups. Filled up his drawer with Cars 2 undies. He's been mostly going on the potty, but sometimes wetting himself.

Given that we're stuck indoors, this a perfectly fine time to potty train (and a good distraction from the news). Max doesn't like a fuss when he goes; "no 'yay!'" he informed me after he successfully peed. And so I've refrained from doing my "YAAAAAY, MAX, YOU WENT!" potty dance and I just say "Good job!" Sabrina's been saying it, too. (She had the best line of the last two days; as we watched President Obama give a press conference about Sandy she said, "I didn't know he was a weatherman, too!")

Mostly, we've been asking Max if he has to go, and sometimes making him sit there even if he says no. He doesn't care about getting Cars 2 stickers, but he did remind me that I promised him a Lightning McQueen electric car if he gets potty trained and I'll definitely deliver.

We're making potty progress. It had to be. What's a little wetness indoors during a time like this, anyway?

Photo: Flickr/mijasper
Ellen Seidman at 10:47 AM