Stop in the name of love, before you break my heart 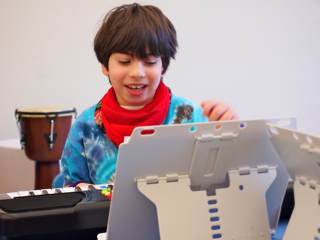 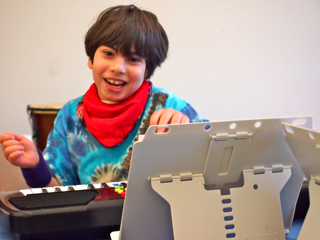 Thursday was the school Spring Concert at Max's school. He had great success at the last one, and I'd heard through the teacher grapevine he was doing well at rehearsals. The theme: oldie songs.

This was Max's debut at the keyboard. At the last concert, some kids in his class had played; my inner stage-mom came out and I thought, Max could do that! Most of all, I thought it would be good for him both in terms of fine-motor skills and boosting his confidence. So I asked if he could join the keyboard club, and he's been loving it.

At the concert, first Max played a scale and then, he played that famous rock 'n roll song Hot Cross Buns. His dexterity is getting so much better; two years ago at this time, he wouldn't have been able to isolate his pointer finger to play the keys.


It was maybe my most favorite performance ever, coming in just above every Springsteen concert I've seen. Max kept shaking his head at me because he was embarrassed that I was taping him.

After his stellar performance Max was mobbed by girls screaming for his autograph. Oh, OK, it was just me squealing... and Max shaking his head at me to stop.

Later on, Max's class performed Stop! In the Name of Love and Proud Mary. Max was happy but so overwhelmed by the big crowd that he forgot to actually sing or do the hand motions. Me, I started pointing my finger to my head when "Think it over" came on and placing my hand over my heart for "In the name of love,"which Max thought was really funny. 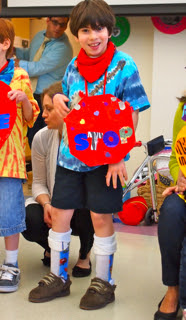 When he was done, he ran right into my arms. And I did my best not to lose it from the happiness.
Ellen Seidman at 6:50 AM