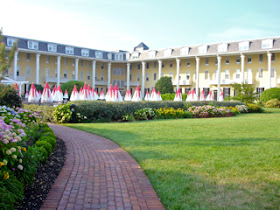 If there's one thing that's lacking in my life, it's genuine relaxation. It's not just a matter of finding the time. It's just that ever since I had kids, it's been hard to lose myself in the pleasure of a moment. It takes a lot for me to sink into a book, crocheting or a Netflix movie. I feel restless, like I should be doing something. I suspect I am not alone here.

When the fabulous ladies of The Motherhood invited me to visit Congress Hall in Cape May, New Jersey, with a group of other bloggers, my RSVP was HELL YEAH (OK, I didn't say it but I thought it). I arranged for babysitting, made sure Max had a good supply of spaghetti, reminded Dave that he's the dad and he doesn't have to give in to Sabrina's every whim, and escaped. The mere act of cruising down a highway alone, without Madagascar on the DVD for five thousandth time, was a treat. 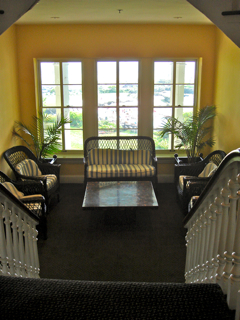 Congress Hall dates back to 1816, when it was a boarding house called Tommy's Folly, because people thought the owner, Thomas H. Hughes, was out of his head for building a place so large. He went on to become a congressman. Voila! Congress Hall. 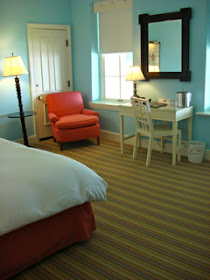 My room. Mine, mine, mine. I could have happily stayed in for two days. I loved that the floors sloped, as befits a fine old hotel; the place was renovated in 1879, though the charming details remain. It's America's oldest seaside hotel. As grand as the hotel looks, the soaring columns and verandas were standard architecture for its time. 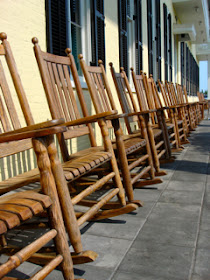 The place sure does make it easy to chill out. Like, mandatory. 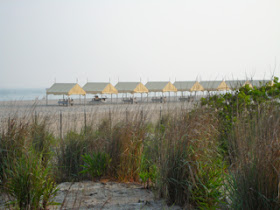 This year, Cape May was ranked one of the best beaches in the country. It's particularly beautiful, and it rarely gets that crowded. Also, the hotel's cabana boys will bring you food and drink, though I am not sure they will help build sand castles. 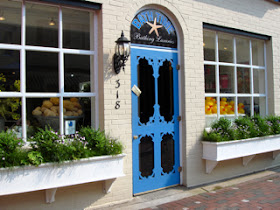 I roamed around town. The hotel is right near the Washington Street Mall; "mall" is a totally wrong word for the wide brick walkway lined with seaside-chic stores. 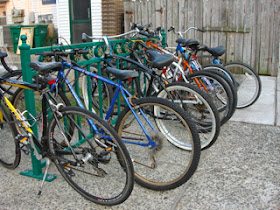 The preferred mode of transportation. 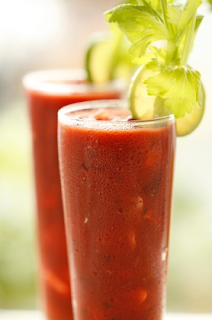 I have been craving a Bloody Mary for too long, and I had the best one of my life at the Rusty Nail bar/restaurant at the Beach Shack (a sister hotel of Congress Hall). This place, which Travel & Leisure considers one of the country's best beach bars, makes their own mix and it was just right—rich and not too spicy. The comfort-food menu was temptation central. I had a balanced meal: 1 part salmon, 10 parts Buttermilk Mashed Potatoes, 10 parts Strawberry Cobbler. 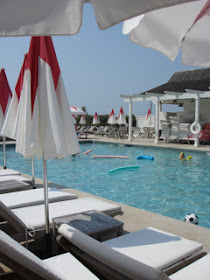 The pool, where I got to sit and read a magazine from cover to cover and nobody shrieked "MOMMMMMY! WHERE ARE MY GOGGLES!!!" Nobody that I owned, anyway. Congress Hall, as beautiful as it is, is completely family friendly. 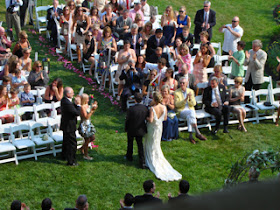 People regularly get married on the hotel's expansive lawn. I am a sucker for weddings: Family's, friends', strangers'. 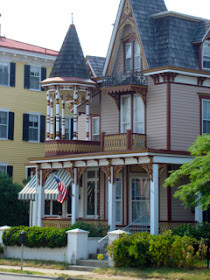 One relaxing thing that I never do anymore: Walk around neighborhoods and check out the houses. There are loads of old Victorians in Cape May, and the streets are quiet, a stroller's paradise. 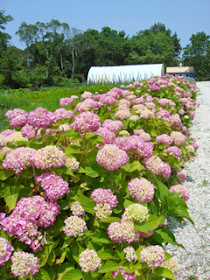 We visited Beach Plum Farm, a 65-acre farm that supplies much of the produce served at Congress Hall's restaurant, The Blue Pig Tavern, and other Cape Resorts Group eateries. 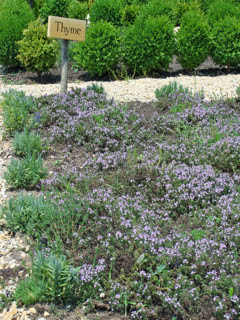 The perennial herb garden. The farm also produces flowers, blueberries, strawberries, tomatoes, and many fantasies about quitting your job to run a farm. 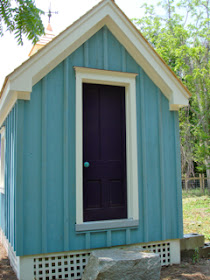 Maybe the prettiest chicken coop ever—eat your heart out, Martha! 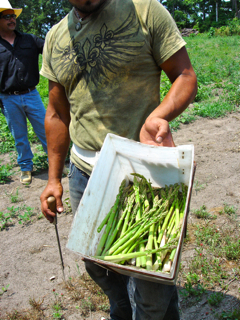 I've never once been tempted to gnaw on raw asparagus spears, but the just-picked kind are surprisingly sweet. I would eat many more veggies if I had a bigger backyard garden and no resident groundhog, although if someone built Maxsutawney Phil a little house like the one above, he'd be welcome to stay. 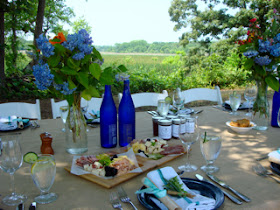 Our lunch setting. I know. I felt like I was in a Merchant Ivory film. 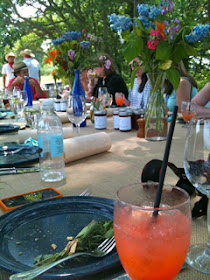 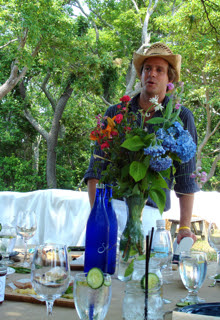 Chef Lucas Manteca, of The Ebbitt Room, and straight out of central casting. He prepared our feast. Everything tastes ten times better when you are in a Merchant Ivory film. 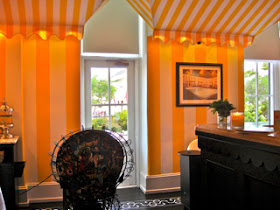 Mercifully, I was not forced to return to reality; I got a pedicure at The Sea Spa, a place that's just as serene as it sounds. 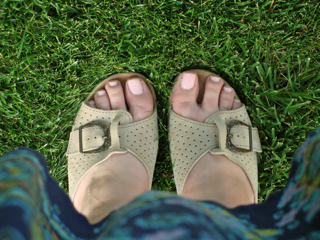 My toes, so rarely available for photo shoots. 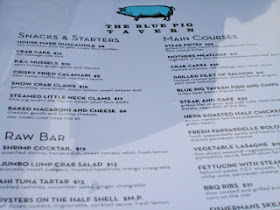 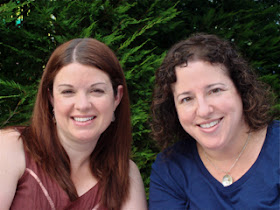 ...excellent conversation with Amy from Selfish Mom (who is the opposite of selfish, and I hope that doesn't ruin her rep)... 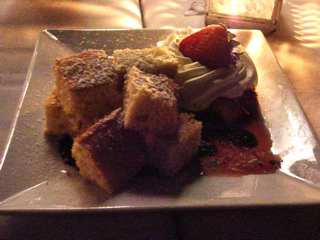 ...and one wonderful dessert (that would be Strawberry Shortcake). 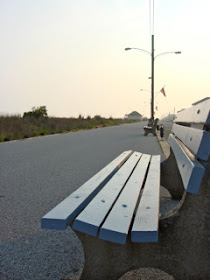 Heaven, continued: Sitting on a bench on the walkway by the beach, alone with your thoughts.

And that was my fantasy two days, fully complimentary, in the most picturesque hotel and seaside town. If you're planning a visit, you can get $100 off a 2011 stay at Congress Hall, the Beach Shack, or the Virginia Hotel if you book by July 31; use the code MOMBLOG. You can also "like" the Congress Hall Facebook page to stay updated on offers and/or fuel your own fantasies.

This sort of trip happens, like, never (and certainly not without the kids) but it was the motivation I needed to figure out ways to really relax. Like taking time to sit in the swing on our front porch, away from the siren call of my computer. Or hitting the Farmer's Market alone early weekend mornings. Or mixing up a Bloody Mary once in a while. I wish I could have had one with you guys—I know you need some serious relaxation, too. Hmmm.... Can someone plan that get together? We'll call it Love That Mom, and we'll all sit around doing absolutely nothing. Meanwhile, here's the next best thing: the secret ingredients for the Bloody Mary. I asked.

THE RUSTY NAIL BLOODY MARY (AKA THE BEST BLOODY MARY EVER)
Mix up tomato juice or V8 with the desired amount of vodka (or not—I happen to love Virgin Marys) with a small amount of cider vinegar, salt, Worcestershire sauce, celery salt, fresh lime and lemon juice, onion powder, garlic powder, fresh horseradish, a pinch of dried ancho chili powder and pepper, and a dash of Tabasco.
Ellen Seidman at 9:06 PM