We had a glorious time in the snow on Sunday, so much so that we booked ourselves a last-minute trip to Vermont for the weekend. We haven't been on a vacation since the Disney Cruise, so we're all really excited. 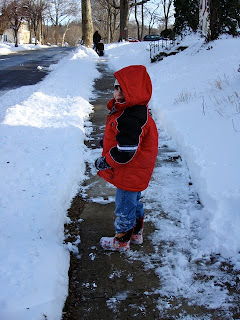 Max held his own clomping around, I was so proud of him. He's pretty steady when he walks, but the snow can throw him off-balance. Even when he fell, though, he thought it was hysterical.

Sabrina had a meltdown before we left the house; she didn't want to wear the navy blue snow bib I'd gotten for her at Target for the bargain price of $16.99. "It won't make me look beyootiful!!!" she wailed. Yes, tragic, they were out of pink. 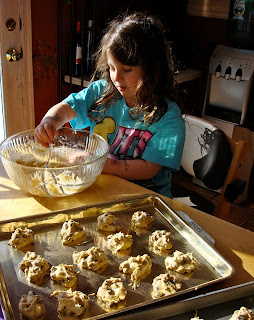 After she finished having a tantrum, we baked cookies. Then she realized I wasn't backing off and she agreed to wear the damn snow bib. 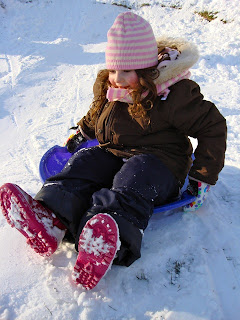 For the first time ever, Sabrina went down the hill by herself on a saucer (we got them each a purple one). Max wasn't ready to use his yet, maybe next year. 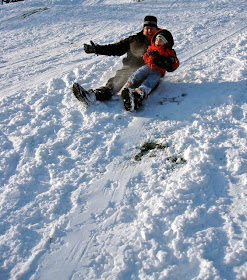 Max literally squealed when he and Dave flew down on a sled. 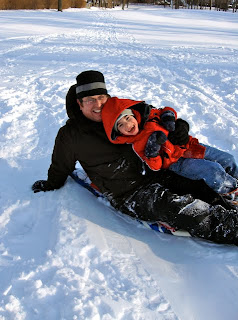 Could Max look any happier?

We found a resort that offers adaptive skiing, so we'll be trying Max out on that again. He did OK last year. Sabrina pretty much whined, "I'm coooooold" her entire first time skiing. This kid could win the Olympic gold medal for whining if it were a competitive sport.

All in all, it was a wonderful day, and I can't wait for more snow fun later this week. Not psyched for more whining. Still, it's impossible to truly get upset at either one of my kids. Their cuteness saves them every single time. I'm sure you feel the same about yours! 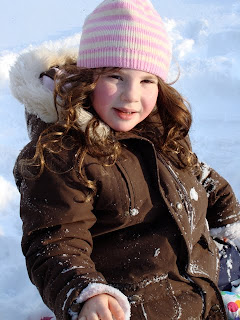